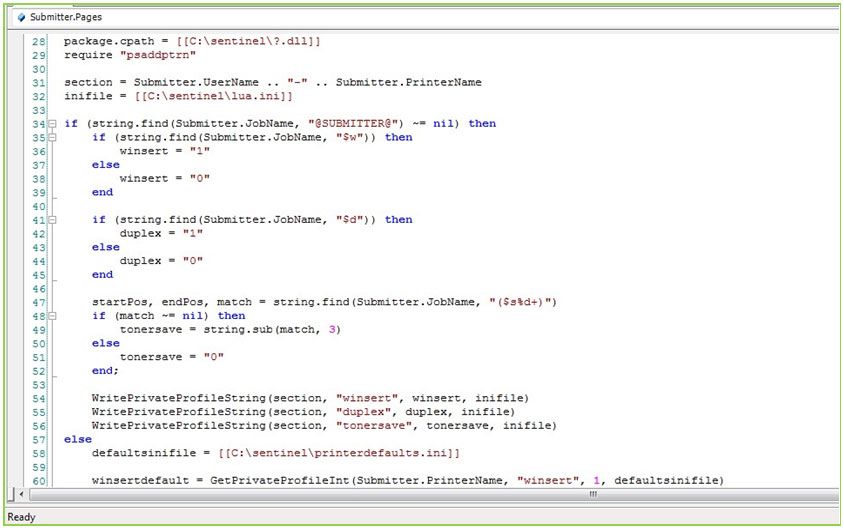 WeP’s open scripting platform allows highly specispecializedures or customisations to be rapidly developed, without the need to wait for the next release cycle for your custom feature to be included. Scripts may even be created in-house by customers wishing to keep their secure workflows or policies under wraps. Scripting is able to be used in Sentinel in order to meet specific compliance requirements, or to implement a variety of rules, policies or particular features. This is accomplished by writing scripts in a powerful, fast, lightweight, embeddable scripting language. Using scripts, specific rules may be defined which run on top of the standard WeP functionality. Scripts may be set to run after a certain event or trigger takes place. Some examples of such triggers include: The events that these triggers would start running might be to ensure duplex printing for certain groups of people, optimise toner usage except for certain document titles etc. Below are examples of additional operations which can be performed by WePl using scripts: Specific handling of the print job, when it’s released for print, such as: Perform actions triggered by the printing event: These are just some of the basic functions that have been created for WeP customers, however any number of highly specialised features can potentially be developed, with short turnaround times. Got a specific feature requirement? Please don’t hesitate to contact the WeP team for a proposal.
Scroll